Amazon must pay ALL its workers 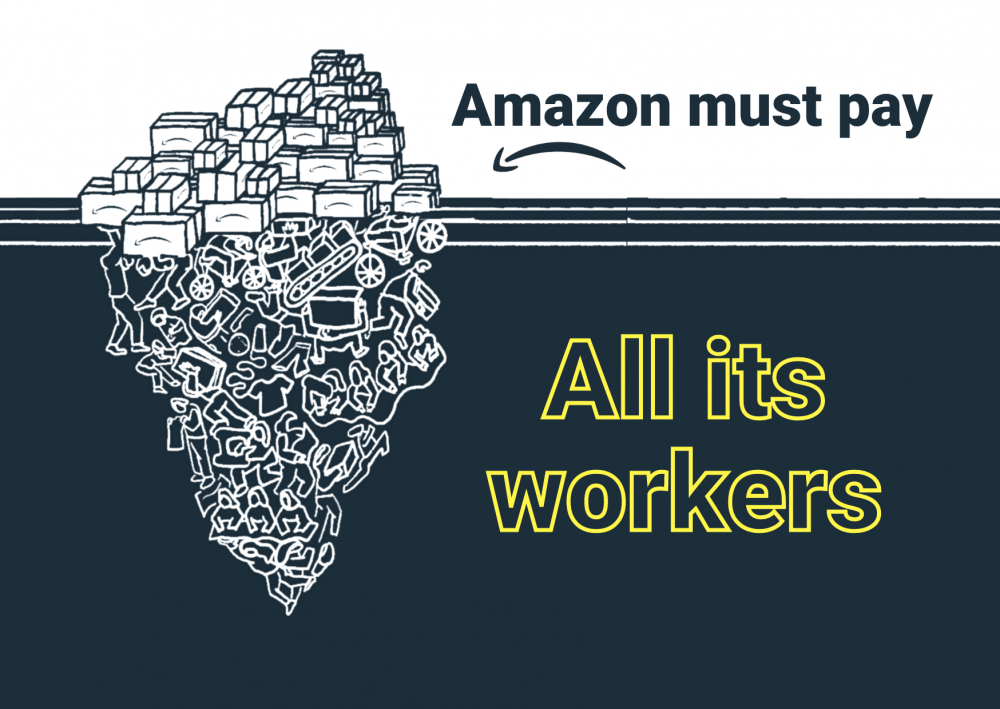 Black Friday week 2021 is here. Amazon, one of the huge pandemic profit winners, is set to make billions this week. All the while workers in its supply chain are facing wage theft, union busting and job insecurity as the most vulnerable shoulder the cost of the pandemic.

Send a tweet to Amazon now to demand that they pay workers at Hulu Garment in Cambodia the $3.6 million that they are owed, and that they take action to stop wage theft and union busting in their supply chain, and ensure that the most vulernable never again are left to pay for the cost of supply chain disruption.

Amazon supplier Hulu Garment in Cambodia scammed their entire workforce out of $3.6 million in legally owed severance, and we think Amazon should pay it back. 1020 workers were suspended in March 2020 and then called in to sign a document with their thumb print to get their final wage packet. However, workers were tricked by management – hidden under each paperclipped payslip was text saying that they agreed to voluntary resignation. This allowed Hulu to avoid paying $3.6 miliion in severance pay to workers who were left jobless, robbed and denied their rights. Stories like this occur across Amazon’s supply chain, showing what happens when supply chains are disrupted and the most vulnerable are made to pay the price.

Amazon can afford to pay

Brands raked in $9 billion in profits on Black Friday last year and Amazon took 24% of that revenue. Amazon is the most powerful corporation in the world. Its founder and CEO, Jeff Bezos, is the richest man on the planet. Amazon’s wealth has increased so much during the pandemic, that it could afford to pay each of their 1.3 million direct employees a $690,000 COVID bonus and still be as rich as they were at the start of 2020.

Amazon’s power and wealth depends entirely on the labour of hundreds of thousands of workers around the world. Workers, not Bezos, make Amazon’s world run. In return, Amazon workers everywhere face abuse and exploitation. This must end. Together with Amazon workers all over the world we will call for Amazon to #RespectLabourRights & #PayYourWorkers! Brands have underpaid workers for decades leaving them no financial security. Unlike brands worth billions, the women making Amazon’s clothes are the least able to pay the price for the pandemic. It would cost just 10 cents per t-shirt to ensure workers are paid. We know they can afford it!

On Black Friday and Cyber Monday we are joining the #MakeAmazonPay coalition who will launch a global strike of Amazon workers on Black Friday to call on Amazon to #PayYourWorkers! Amazon must pay the $3.6 million in legally owed severance to the 1020 Hulu garment workers, which they have been waiting for since they lost their jobs in April 2020.