H&Ms sustainability promises will not deliver a living wage

Labour Behind the Label and the Clean Clothes Campaign are calling on H&M to show evidence to back up its ‘fair living wage’ claims, following the release of a new Sustainability Report. The campaign says that making marketing capital from workers’ poverty with little evidence of change is unethical and stands to slow down progress in the industry.

H&M, whose brand emblazons the Guardian’s ethical fashion pages and boasts a ‘conscious collection’ range, launched their roadmap to a living wage in 2013. The Swedish clothing giant has committed to paying 850,000 textile workers a ‘fair living wage’ by 2018, but the latest sustainability report, released today, contains no real figures to show progress towards this goal.

Carin Leffler from the Clean Clothes Campaign said: “Despite announcing partnership projects with the ILO, education schemes alongside Swedish trade unions, and fair wage rhetoric aplenty, H&M has so far presented disappointingly few concrete results that show progress towards a living wage. H&M are working hard on gaining a reputation in sustainability, but the results for workers on the ground are yet to be seen.”

Athit Kong, Vice President of the Cambodian garment workers’ union C.CADWU spoke out about his perception of H&M’s ‘fair living wage’ project: “H&M’s report does not accurately reflect the reality on the ground in Cambodia or Bangladesh and their PR rings hollow to workers who are struggling everyday to feed their families. A ‘sustainability’ model that is put forth and wholly controlled by H&M but is not founded in genuine respect for organized workers and trade unions on the ground is never going to result in real change for H&M production workers and only serves as a public relations façade to cover up systemic abuse.”

Clean Clothes Campaign’s further criticisms of the H&M wage scheme include the lack of a figure to define their living wage commitment and the brand’s choice is to start their wage pilot projects in factories where they own 100% of the output. Carin Leffler said: “Factories where buyers have this level of direct power don’t exist in 99% of the global garment industry, so H&M is unlikely to be able to upscale their ‘learning’. Any kind of credible wage pilot project needs to have defined benchmarks and include clear and time-bound plans for making progress happen in all factories, not just the few.”

Clean Clothes Campaign are calling on H&M to prove that there is a will to action behind their talk. They are calling on the brand, as a first and immediate step, to directly negotiate a better wage for Cambodia with the national union caucus and personally sign an enforceable brand agreement with them, alongside other brands, committing to raise the wage to a living wage level for all workers, as well agree on time-bound and swift implementation measures.

Ms Leffler added: “H&M must put pen to paper. This means: a public living wage benchmark to know and show where the wage hike should ultimately lead to, a more detailed strategy with time-bound benchmarks on how to scale up learnings across the entire supply chain of H&M, detailed and transparent reporting and publically account of progress made, and enter into direct negotiation in Cambodia in order to reach an enforceable brand agreement with the national union caucus.”

“H&M are good with words. We challenge them to follow up with the figures.” 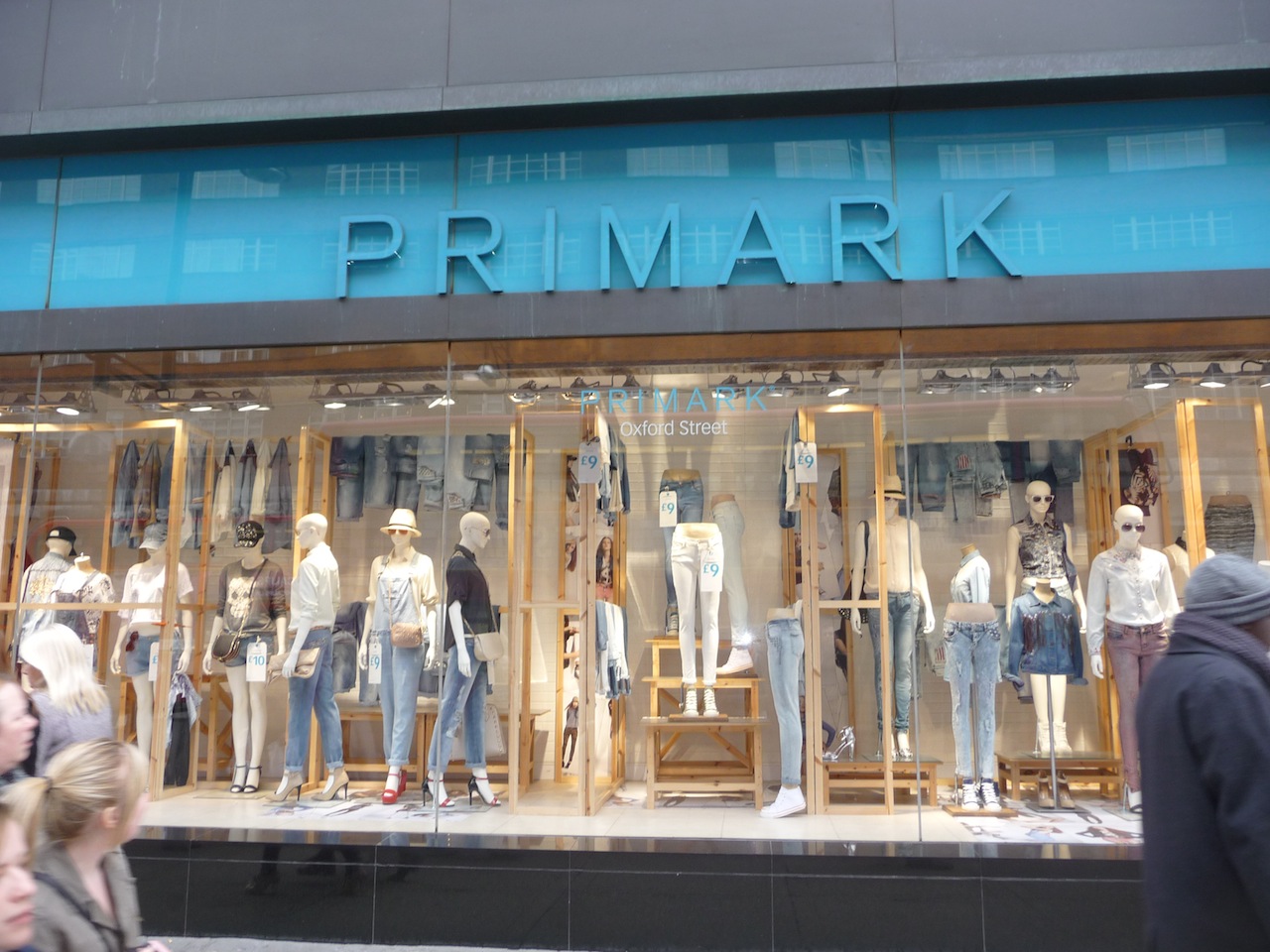 Labour Behind the Label welcomes the commitment of Primark to provide a further round of short term relief to the workers of Rana Plaza and joins them in calling on the other brands linked to Rana Plaza to make similar contributions.

We have been working closely with Primark, Benetton, El Corte Ingles and Loblaw, the IndustriALL global union, the Bangladesh IndustriALL council, the Bangladesh Government and the Bangladesh Manufacturers and Exporters Association who, along with the Clean Clothes Campaign, have formed the the Rana Plaza Compensation Coordination Committee, chaired by the International Labour Organisation. This committee is working to develop an “Arrangement” under which both a fund and a mechanism for delivering compensation will be established.

Today we have asked Primark to clarify that they are not planning to work unilaterally on delivering long term compensation, and that they are committed to working through the above mentioned Committee to deliver long term compensation. They confirmed to us that the “scheme” they refer to in their press statement is in fact intended to refer to the scheme currently known as the “Arrangement” and that today they have signed a Memorandum of Understanding, committing them to delivering compensation through this mechanism as soon as it is set up. We understand that their proposal for a unilateral compensation scheme will only come into operation should the Arrangement fail to get underway in a timely manner.

Labour Behind the Label believes that a collective process, under which a compensation fund can be established and a mechanism developed, is the only way to ensure full and fair compensation is delivered to ALL workers and families affected by this disaster. We urge all stakeholders prioritize getting the fund established as soon as is practically possible. The Clean Clothes Campaign is committed to doing its part in making sure this becomes a reality.

Finally, we join Primark in calling on all the other brands linked to Rana Plaza to commit to providing immediate short term relief to the victims and to commit to contributing sufficient funds into the Rana Plaza Compensation Fund to be set up by the “Arrangement”.

More information on the compensation negotiations can by found in our new report.

Labour Behind the Label is calling on the government of the Philippines to carry out a full and detailed investigation into the circumstances surrounding a fire at a Manila flipflop factory, which killed at least 72 workers on May 13th 2015.

The Killer Jeans report reveals the shame of the denim industry and its potentially deadly dangers to workers’ health.

This report published in April 2011 details the extent and effects of sandblasting, a denim finishing technique, which has been linked to the deaths of around 50 workers so far in Turkey, where the process has now been banned.