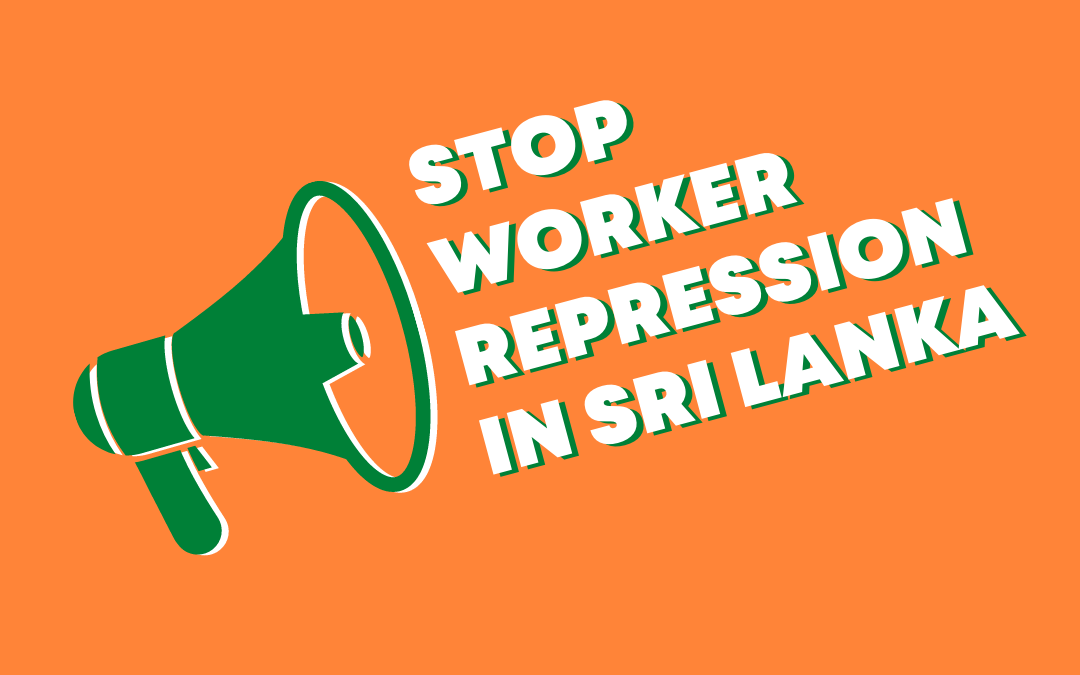 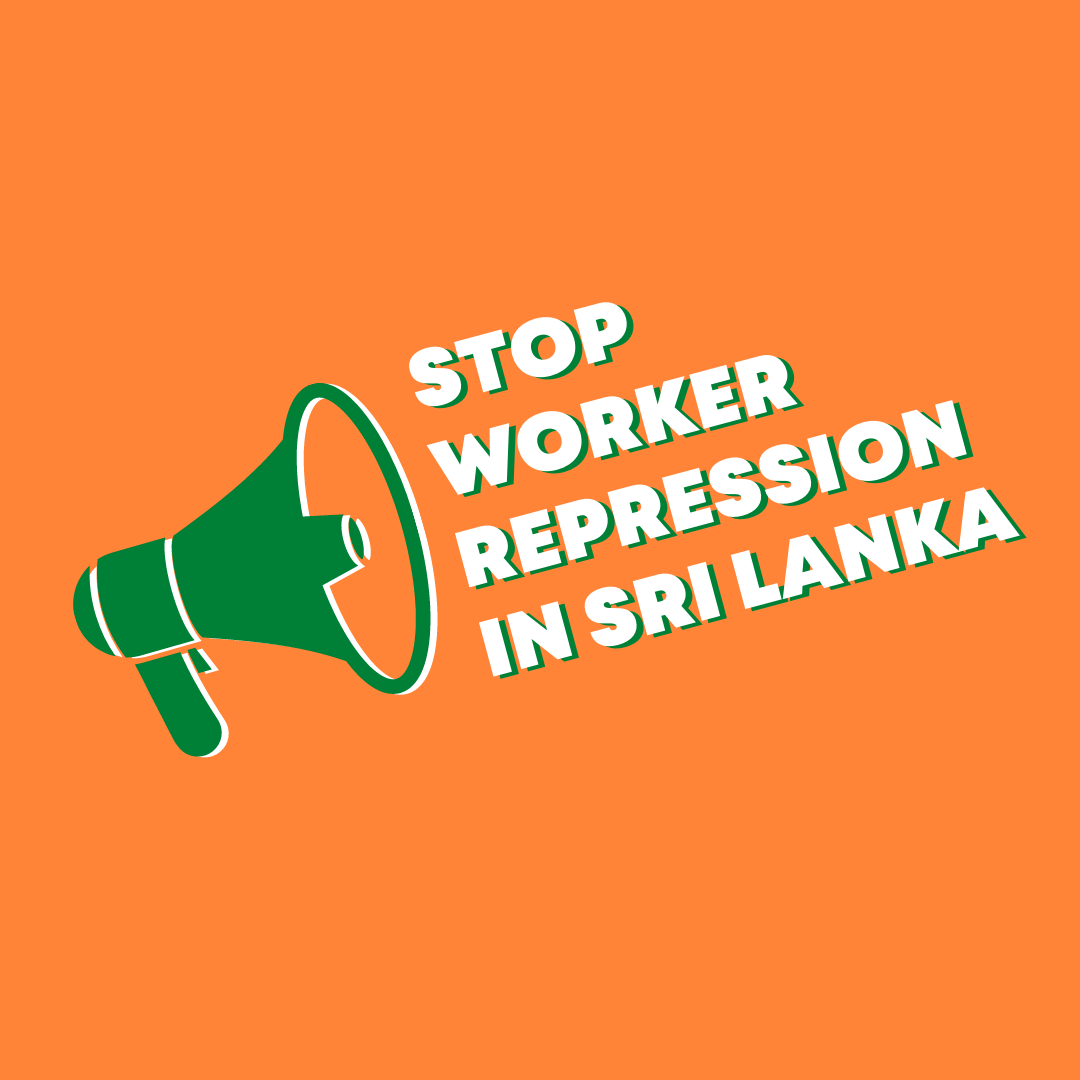 In recent months, the Sri Lankan government increased its repression amidst an economic and political crisis, sending in the army on workers protesting peacefully. Today our partners Free Trade Zones & General Services Employees Union together with the National Labour Advisory Council Trade union Collective are holding a members rally at the Public Library in Sri Lanka’s capital, Colombo. CCC, Labour Behind The Label, Maquila Solidarity Network, Workers United and War on Want support the unions, who condemn the government’s disregard for the voice of trade unions and demand the Labour Ministry calls for an immediate meeting of the National Labour Advisory Council.

GIVE ADIDAS THE RED CARD FOR WAGE THEFT

We are giving adidas the red card for wage theft. Adidas is one of the worlds most profitable sports brands, yet workers making their clothes are systematically subjected to wage theft and union busting.

In eight adidas supplier factories in Cambodia alone, adidas owe their workers US$ 11.7 million in wages for just the first 14 months of the pandemic. In May 2022, 5600 workers at another adidas supplier in Cambodia went on strike over unpaid wages – the factory responded by having union leaders arrested. This wage and severance theft stretches far beyond Cambodia across adidas’ global supply chain.

We are calling on adidas to come to the negotiation table with unions, and commit to a binding agreement on wages, severance and labour rights.

“We had no choice but to first sell our land to repay the bank. We are no longer able to financially support our parents. We used to spend money on food, for a husband and wife to eat three meals it costs around $5 a day. We have had to cut our spending to just $3 a day.”

It is critical that adidas takes action now. Please stand with workers and give adidas the red card for wage theft.

Call out: We are looking for a designer to work on our LGBTQI zine

CALL OUT:
WE ARE LOOKING FOR A DESIGNER FOR OUR LGBTQI ZINE

Could you be the designer we are looking for? 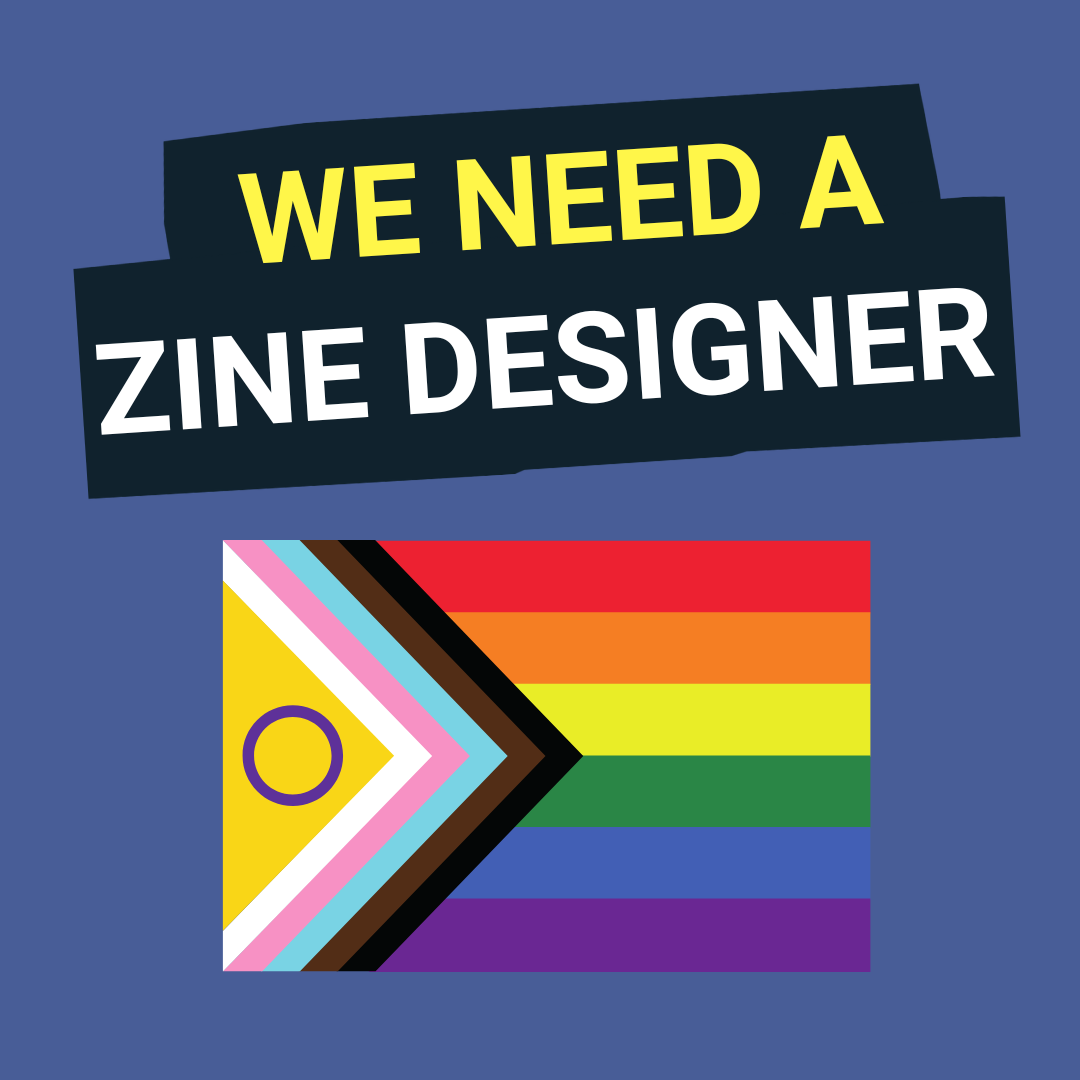 In recent years, fashion brands have tapped into the pink pound, releasing Pride collections and capitalising on LGBTQI+ rights to sell fast-fashion. However, the workers in their supply chain, including LGBTQI+ workers, are paid poverty wages and have poor labour rights protections.

We have been working on an exciting project with LGBTQI+ groups in Cambodia and Indonesia to collect stories of LGBTQI+ workers, so that we can share the stories of workers lives, both inside and outside of the factories.

We are looking for an enthusiastic designer, who shares our passion for this project, to present the stories in a zine format.

Find out more by downloading the brief,  and send your submission in before Monday 28th November.

We particularly encourage expressions of interest from PoC and/ or LGBTQI+ designers for this project, who ideally have experience of working on issues of labour, racial or LGBTQI+ justice.

For an informal conversation about the project, please email meg@labourbehindthelabel.org. 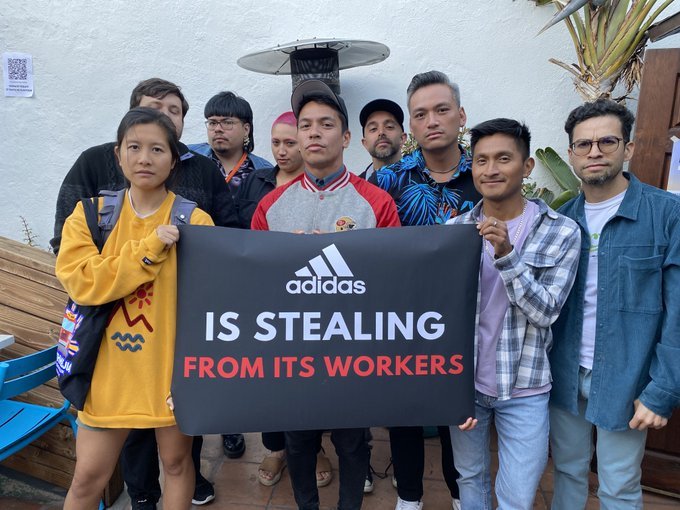 As Adidas celebrates 73 years as a global sports brand, pressure is mounting for them to address wage-theft in their supply chain. Trade unions, activists and labour rights groups around the world are calling on Adidas to sign a negotiated binding agreement on wages, severance and labour rights.

Adidas has left the workers in its supply chain without the payments they are owed during the pandemic and in the economic crisis that followed. Adidas claims that all is fine, but the workers in its supply chain beg to differ. In eight adidas supplier factories in Cambodia alone, Adidas owe their workers US$ 11.7 million in wages for just the first 14 months of the pandemic – that’s $387 per worker. Workers no longer making clothes for Adidas are also owed money. Workers of the Hulu Garment factory in Cambodia who were laid off at the beginning of the pandemic are still owed 3.6million USD. In May 2022, 5,600 workers at another Adidas supplier in Cambodia went on strike over unpaid wages – the factory responded by having union leaders arrested. This wage and severance theft stretches far beyond Cambodia across Adidas’ global supply chain.

It is not that Adidas does not know that it carries responsibility to ensure that workers in its supply chain are paid what they are owed. In 2013, Adidas finally paid the PT Kizone workers in Indonesia who had fought for two years for the 1.8 million USD severance they were owed after losing their jobs.

It is time for Adidas to sign a binding agreement on wages, severance and the freedom to organise to ensure that workers in its supply chain never have to go without their full wages and severance again.

As the end of the suspension period neared, management called workers in and told them on 22nd April that, due to the Covid-19 pandemic, the factory had no orders and may need to lay off workers.

Management also told workers to “sign” a document with their thumb print in order to receive their pay, explaining: “you have to sign; otherwise, we cannot wire your last wage.”

All Hulu Garment workers signed the document that day, without realizing that buried in the document was a sentence stating they were resigning. Management hid the word “resignation” appearing at the top of each letter by affixing the worker’s most recent payslip to cover it.

This is just one example of wage and severance theft in Adidas’ supply chain. It is time for Adidas to make wage theft a thing of the past, and sign a binding agreement negotiated with unions. 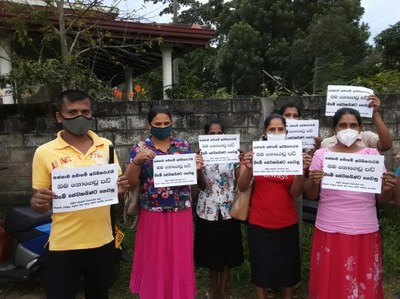 Trade unions and worker rights organizations, including the Clean Clothes Campaign, Labour behind the Label, Maquila Solidarity Network, War on Want and Workers United have written a letter expressing their solidarity with the people of Sri Lanka.

Trade unions and worker rights organizations, including the Clean Clothes Campaign, Labour behind the Label, Maquila Solidarity Network, War on Want and Workers United have written a letter expressing their solidarity with the people of Sri Lanka.

They’re calling on upon national governments, international financial institutions, private sector enterprises (including international brands and retailers sourcing garments from Sri Lanka), and other stakeholders to support a program of emergency relief, mid and long-term financial support, and a democratic political solution to the crisis.

Sri Lanka’s apparel and textile manufacturing industry is the most significant and dynamic contributor to Sri Lanka’s economy. The apparel industry employs about 350,000 workers. Sri Lanka’s 1,000 plus factories supply nearly half of all merchandise exports and contribute 6% of the island nation’s gross domestic product. Sri Lanka is among the top apparel-producing countries in the world relative to its population.

The rising cost of shipping and logistics has been a growth impediment factor in the apparel industry but the current crisis seems to be hurting the business the most. A loss of buyers’ confidence in the industry because of the “political instability” is a real risk. Small-to-medium scale apparel makers are being badly effected by the countries energy crisis and fuel shortages, affecting their ability to transport goods, provide staff transport, or generate power. Anti-Government protests across the country have also impacted workers ability to reach their factories because of lack of transportation.

In a statement released late last month, the Joint Apparel Association Forum (JAAF) warned of “serious negative consequences” if policymakers continue to drag their feet on the sweeping reforms required to put the island nation back on track. The crisis has brought about widespread food, fuel and medicine shortages, sky-rocketing inflation and mass protests calling for the president’s resignation.

Export earnings in Sri Lanka’s clothing sector for the June to August period are set to fall by 20-25%. Sri Lanka’s Joint Apparel Association Forum (JAAF) secretary-general Yohan Lawrence told Just Style in terms of the value, this is “nearly a loss of $125m per month for the next three months.”

In most of the apparel factories, the management is now forced to spend 400 per cent more on fuel and generator costs, compared to the same period last year, which has pushed up overheads. With fewer operating hours, workers are likely to get paid one-third less this month as they don’t work over-time.

Any strategy to stabilise the economy, JAAF secretary-general Yohan Lawrence says, must prioritise support to apparel manufacturers large and small.

Read the solidarity letter from Trade unions and worker rights organizations, including the Clean Clothes Campaign, Labour behind the Label, Maquila Solidarity Network, War on Want and Workers United here.

The Sri Lankan government has blamed the Covid pandemic, as well as bomb attacks in 2019 for the current economic crisis. However, many experts blame the government’s poor economic management.

Protests in the country started in the capital, Colombo, in April 2022 and spread across the country. The country is running out of fuel for essential services and people are struggling with daily power cuts and shortages of fuel, food and medicine.