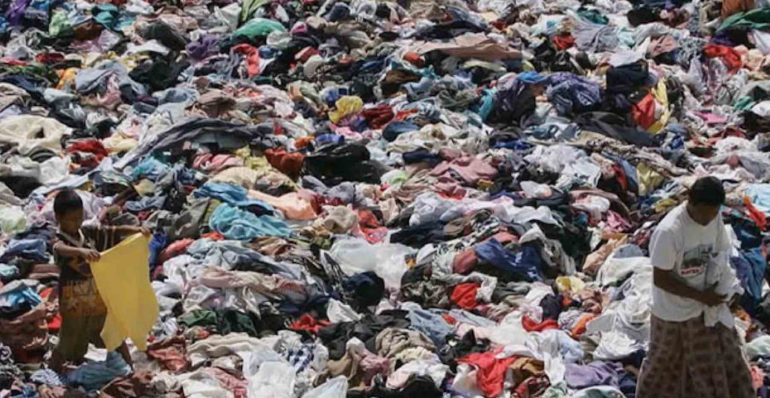 18.6.19 – Today, the Government has rejected all recommendations from the Environmental Audit Committee to address sustainability in Fashion.

The UK inquiry into Fast Fashion which took place last year, highlighted huge issues around waste and plastic, and also human rights failures in the fashion industry. Labour Behind the Label submitted evidence. Recommendations to the UK Government from the committee included calls on enforcement bodies to address illegal wages in Leicester and UK factories, transparency measures to strengthen the Modern Slavery Act requirements for companies to report, and a 1p charge per garment to producers to fund textile recycling schemes. All were rejected.

“This short sighted, knee jerk response to a set of progressive steps to address waste and sustainability in Fashion is unwelcome. There is an urgent need for the government to step in, clearly laid out by the Environmental Audit Committee, but ministers can’t see beyond the end of their own leadership contest. In order to build a country fit for the future, politicians need to be courageous and uncompromising on both the environment and human rights. The fashion industry is key in the war on plastic, and brands and government need to act jointly to address waste,” said Anna Bryher, Advocacy Director for the fashion campaign group Labour Behind the Label.

“We are particularly unhappy that recommendations on addressing illegal wages in Leicester were so summarily dismissed when repeated and damning evidence has been shown that a systematic problem exists. It is not enough to carry on with business as usual – a new response is needed from regulators.“

“We urgently need legislation that will create some minimum guidelines for companies to follow. Indeed, even some companies are asking for legislation to level the playing field between those brands taking some measures to improve sustainability and human rights and those that are not. This government shows it is behind the times by sticking to the fallacy that voluntary initiatives are all that is needed to turn this industry around. It is clearly not the case,” she added.

The full recommendations from the committee and government’s response to these can be found here: https://www.parliament.uk/business/committees/committees-a-z/commons-select/environmental-audit-committee/news-parliament-2017/fixing-fashion-government-response-published-17-19/