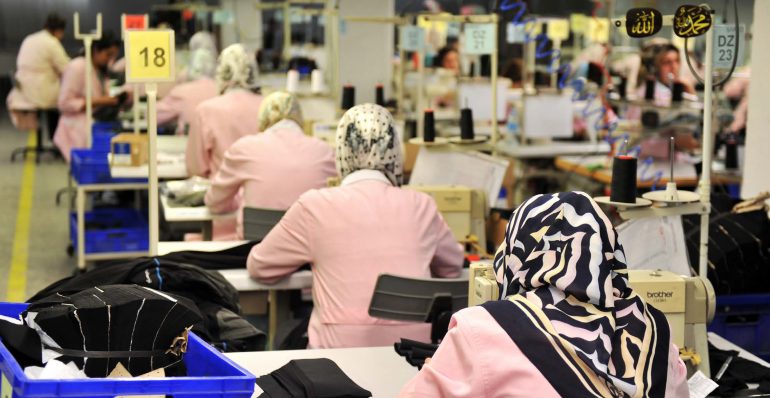 A new study out this week shows that the way European brands buy from factories in Turkey is putting workers at risk of exploitation.

Many reports have documented the poor working conditions for Syrian refugees in Turkey including, discriminatory wages far below the legal minimum, child labour, sexual harassment and other abuse. The report, from Business and Human Rights Resource Centre, ‘The Price You Pay: How Purchasing Practices Harm Turkey’s Garment Workers’ finds out more about the larger business model that causes these poor conditions.

Syrian refugees have been shown to make up 650,000 of the country’s largely undocumented workforce. The majority of these have found work in the lower tiers of supply chains and therefore are particularly vulnerable to abuse and exploitation. Thanks in part to this huge supply of cheap labour, the Turkish garment industry is booming.

Through interviews with factory owners, the study uncovers that even though many brands have issued statements saying they do not tolerate the exploitation of vulnerable workers such as refugee populations, or illegal practices like paying below minimum wages, their own buying choices in discussions with their supplier factories are forcing these conditions into being. Specifically the report finds that:

“The buyers put a lot of pressure on us for the lowest prices with the shortest lead times. The pressure for low costs is incredible. As a supplier, we need to get to 100% productivity for very short deadlines… some companies try to meet the unrealistic expectations with uncovered employment or forced labour.”

“I know that in South East Turkey, especially in Sanlıurfa and Gaziantep, there are some factories which pay their workers below the minimum wage. The majority of their workers are refugees and the cost of living is lower there.” He added: “The Syrian workforce is what keeps the Turkish textile sector alive today.”

You can find the full text of the report ‘The Price You Pay: How Purchasing Practices Harm Turkey’s Garment Workers’, issued by the Business and Human Rights Resource Centre, here: https://www.business-humanrights.org/sites/default/files/Turkey%20Purchasing%20Practices%20Briefing.pdf

This briefing was written by Business and Human Rights Resource Centre. ‘The Price You Pay: How Purchasing Practices Harm Turkey’s Garment Workers’ looks into how the way brands buy from factories in Turkey puts vulnerable worker groups, like Syrian refugees, at further risk of exploitation