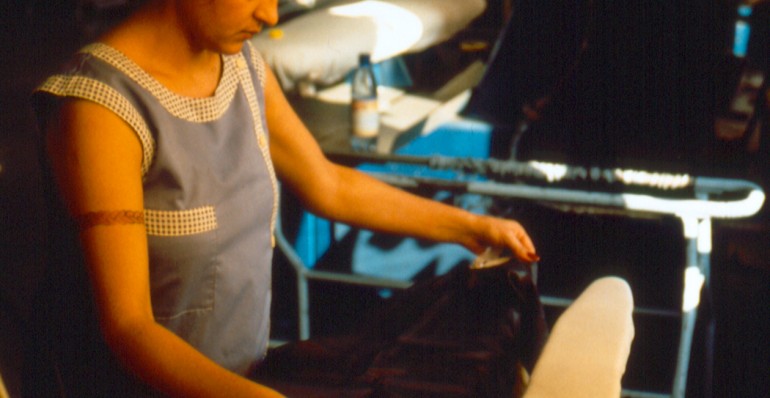 Tisu Ghosh is a Regional Coordinator for Labour Behind the Label and has been volunteering since May 2014 as part of the Fit For Fair project.

In October 2014 we joined Labour Behind the Label’s activist partner organisations from around Europe at the Fit for Fair Conference in Chisinau, Moldova; a multi-national project to raise awareness of the poor labour conditions employed in manufacturing for the multi-billion dollar sportswear industry. It was an incredible three days with discussions, shared learning, talks with Moldovan politicians and even a visit to a garment factory! I was really privileged to meet so many people passionate about solidarity in the garment industry and was definitely something I would never have experienced without being part of the Labour Behind the Label family.

This is the 2nd of the 3 year project, bringing together five partners representing six different countries; Germany, Moldova, Romania, Slovakia, Bulgaria and the UK(us!). Lucy (another Regional Coordinator) and myself were invited as ‘multipliers’; people who had learned about the campaign and joined in spreading the word, through volunteering as regional co-ordinators for Labour behind the Label. It was fantastic to learn about the amazing work the partners were doing and the innovative ways they were finding to fight for fairer wages, such CIR’s involvement with the Association of Critical Shareholders; a group of Adidas shareholders who donated their shares for a day so that human rights organisations could attend and speak at the AGM. It was also a fantastic chance to share progress of the #ALLIN campaign, especially the inspirational story of Cambodian union leader Eam Rin and her UK speaking tour earlier in the year.

One of the biggest highlights was a visit to a garment factory located in central Chisinau. Most of us had never seen an actual garment factory before so we weren’t sure what to expect. We had already been told that the factory had contracts with many big European brands, reminding me of the victims of collapsed factories in Bangladesh, like Rana Plaza where Labour Behind the Label and factory workers are still fighting for fair compensation.

In fact it was completely different to those we’d heard about in Eastern developing countries. The factory was clean, bright and well lit, with huge windows spanning the length of the shop floor. The owner took us on a tour, explaining the process of turning gigantic sheets of white textiles into a variety of ready to wear garments. She proudly told us how they provide fair conditions for their workers, offering study programs, progressive work patterns and double over-time pay.

This was obviously an example of a well built factory using good business practice, but what was most apparent in the factory was the workers themselves; the army of seamstresses, cutters, dyers, ironers and various other jobs, tirelessly constructing garment after garment. The scale of the operation and rate of production was far larger than I could have imagined. The constant clicking, whirring and humming of machinery were deafening, and even though it was well ventilated the heat made me a little drowsy. In fact we were there in the off season, with the factory running at only half capacity. Watching the seamstresses construct perfect, complicated patterns with unwavering concentration amongst all this was a really humbling sight.

It really drove home the point that even the cheapest t-shirt requires huge amounts of highly skilled labour that goes completely unseen when we’re shopping on the high street. It isn’t right that so much value can be negated by the race to lower production costs through unfair wages or unsafe working conditions. That’s why it’s so important we don’t forget the garment workers and support them in the fight against exploitation.

I never thought volunteering at Labour behind the Label would lead to such an amazing opportunity and I would recommend it to anyone interested in learning more about labour rights. Get involved at https://www.labourbehindthelabel.org/support-us