Follow the Thread: The Need for Supply Chain Transparency in the Garment and Footwear Industry 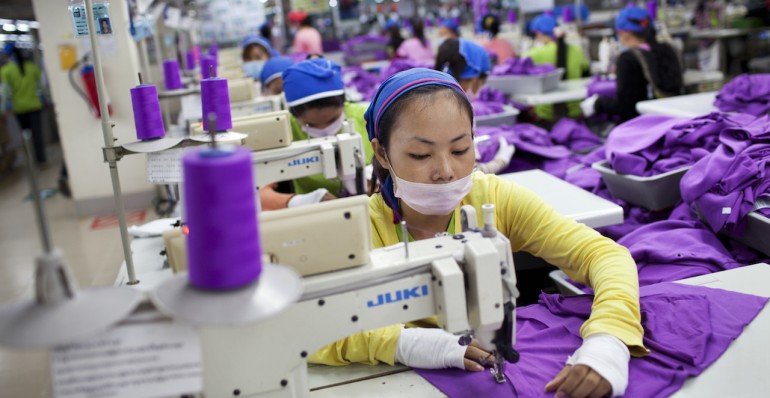 The garment and footwear industry stretches around the world. Clothes and shoes sold in stores in the US, Canada, Europe, and other parts of the world typically travel across the globe. They are cut and stitched in factories in Asia, Eastern Europe, Latin America, or other regions. Factory workers in Bangladesh or Romania could have made clothes only weeks ago that consumers elsewhere are eagerly picking up.

When global supply chains are opaque, consumers often lack meaningful information about where their apparel was made. A T-shirt label might say “Made in China,” but in which of the country’s thousands of factories was this garment made? And under what conditions for workers?

There is a growing trend of global apparel companies adopting supply chain transparency — starting with publishing the names, addresses, and other important information about factories manufacturing their branded products. Such transparency is a powerful tool for promoting corporate accountability for garment workers’ rights in global supply chains.

This report is published in April 2017 by a coalition of nine labour and humans rights organisations and global unions. The coalition wrote to 72 companies in 2016 asking them to commit to a Transparency Pledge. Several UK clothing and footwear brands have committed to publish supplier information, but more must be done to prevent human rights abuses in the global supply chain.