Wages – How the Workers See It 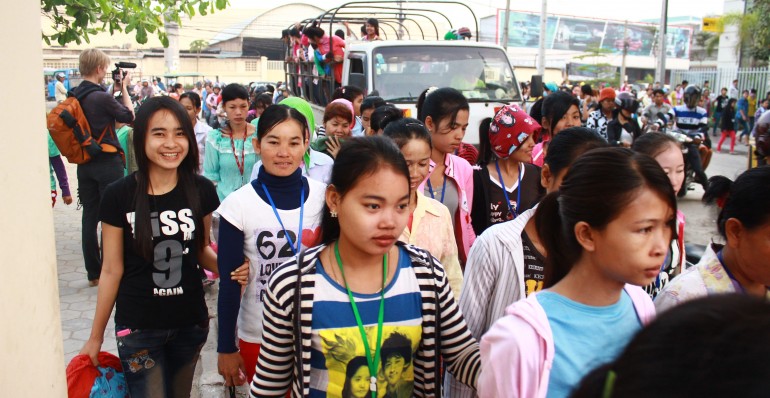 This interview with a young Pakistani worker is indicative of the state of play across the garment industry.

Wages are so low and the cost of living so high, she finds it very hard to make ends meet.  At 18, she is the only earning member of her family of three.  She is an only child and both her parents are jobless.  She spends almost 40% of her income on the rent of a one bedroom house.  When told that companies check that workers should get at least the minimum wage set by the government, which they all do, she said:

If they think this is enough , they should all try to live on this amount for a month and then decide if it is OK

Employment in the garment industry offers hope for people like this young Pakistani woman, in areas where work is scarce.  In many countries those who can get jobs in factories like hers are considered lucky, and young girls leave their families in rural areas to travel hundreds of miles in search of them.  Yet the reality when they arrive is tough.  A Thai woman gives a similar example:

We work until 2 or 3am during the peak season. We always have to work a double shift. Although we are very exhausted, we have no choice. We cannot refuse overtime work, because our standard wages are so low.

In Lesotho, a typical machinist can earn the legal minimum wage of 686 Rand per month, but as garment workers themselves would say, despite working a 45 hour week, “this is not enough to live on”.  One worker explained that she is paying 380 Rand for rent, food and gas, plus supporting her mother and paying for her brother’s transport to school.  As her wages don’t cover this, she borrows from loan sharks to make up the difference.  This is common among garment workers, who then pay 20 – 30% interest rate on the loans.

These are not extreme examples. This is the norm.  The wage an average person working in the garment industry takes home is often well below the national poverty line, itself short of what can be reasonably defined as a living wage.